Waterskiing Elephant, Pulled by a Hiliner

Check out this video on You Tube

We have a name. www.hilinerboat.com

Thanks to all who sent in suggestions.   This was the simplest and available name.

This site needs a real name.

I’ve been meaning to add a real domain name to this site.   I’m looking for feedback.  Please let me know which name you like best:

These are available.  Other suggestions are welcome.

This boat hails from Southington CT.   It’s been customized with a cool Chris Craft windshield and has 1968 Mercury 500.     The owner is looking to connect with other Hiliner owners in the CT Area. 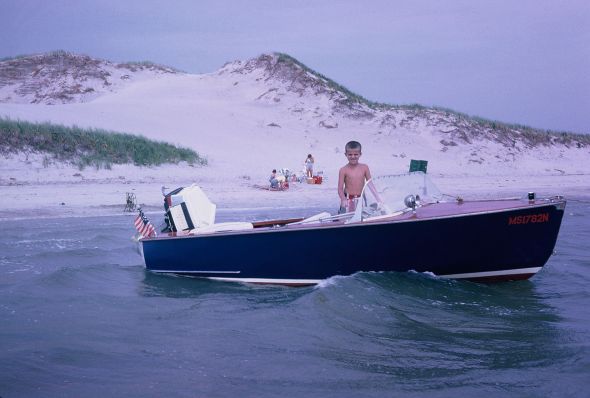 Robert Henry sent in this picture of his fathers boat, taken in the early 60’s.  Bob is looking for help identifying the model and finding plans.  If anyone can help, please send me a message.

1960 Fleetstar went in today for a shake down.  Only a few leaks.

My 1961 Seastar went in so I could swap the trailers.  Thought this was a good time to take a few pictures.

Hiliner at the Boston Boat Show 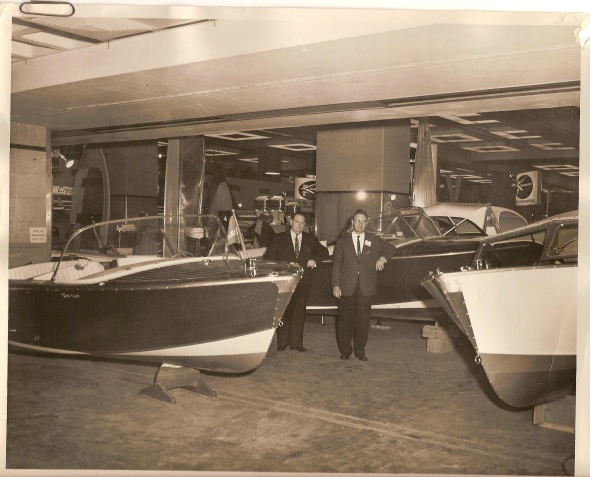 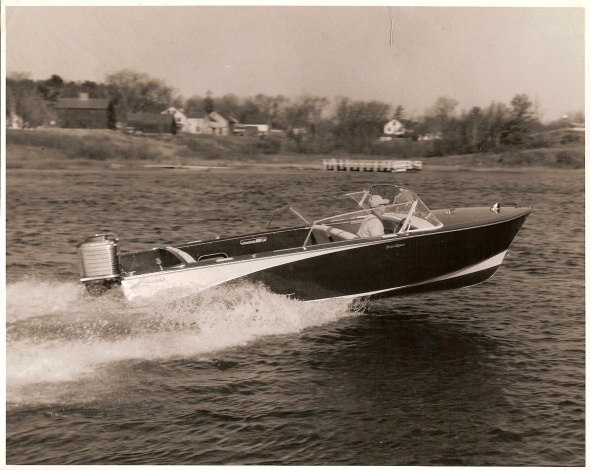 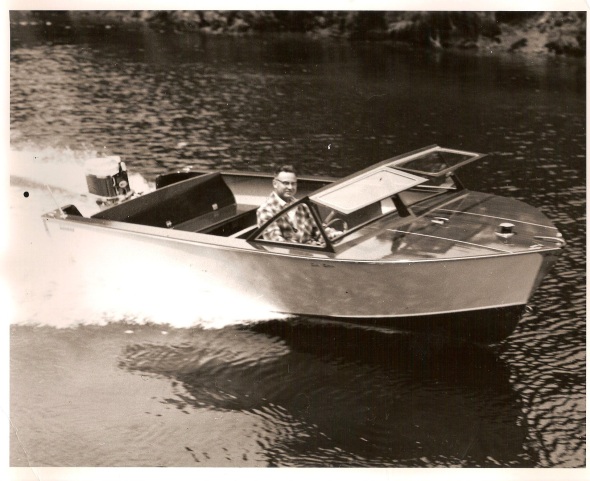 Bunny Fernald in a Sea Star, circa 1961.  Note, this Sea Star has the optional rear bench seat. 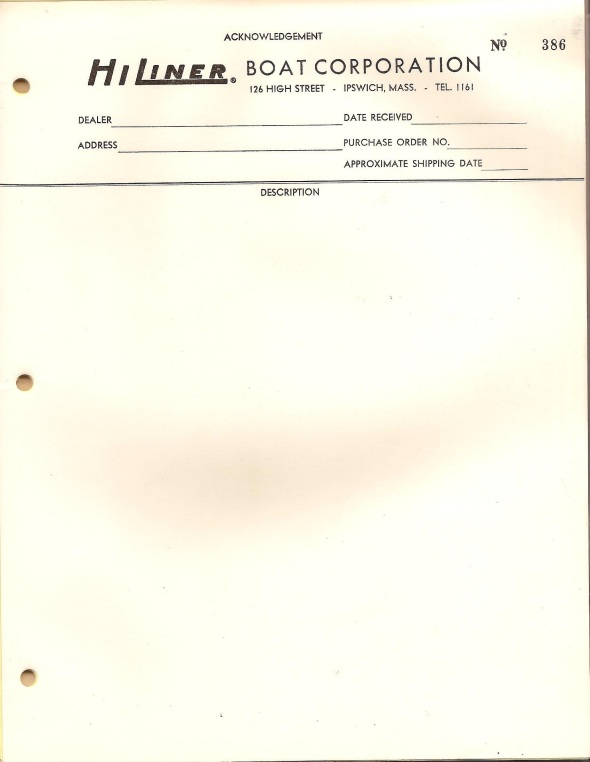 The 1958 brochure was a foldout poster.  These are the front and back scans of the folded poster.  I don’t have a scanner big enough for the poster size portions.  Also attached is the 1958 price list. 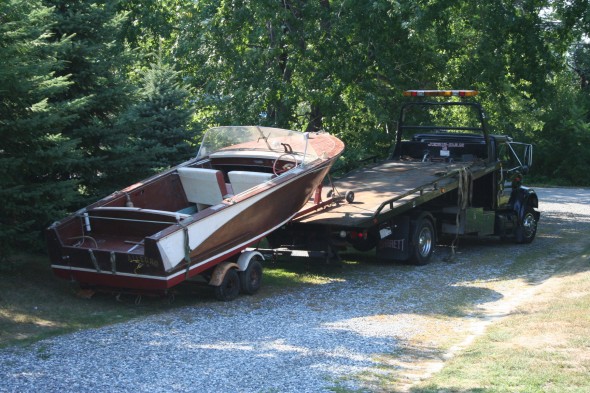 This is the homecoming to Newbury, MA of a 1961 Coast Clipper.   I found this boat in a barn in VT.  It took about four years of emails and negotiations before I bought her.   The boat had not left the barn in about 30 years.  During this time the local mice  turned her into a nice hotel.  A few of them actually made the move to Newbury.

This will be my next restoraton project.  Very few 19′ Coast Clippers were built.  The best information that I received placed the total build at around 20.

As this one gets restored, I will post more pictures.

This Fleetstar resides in Newbury, MA.  It is owned by Jim Bowes (author of this site).  It has a 55hp Suzuki motor.   Paint scheme is not original.  Prior owner removed the swoosh trim while refurbishing and decided to not put it back on.  I liked the look of this pattern so decided to leave it as is.   This triangle pattern was common to other boats of the era and I think it looks great on the Fleetstar. 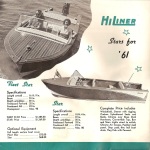 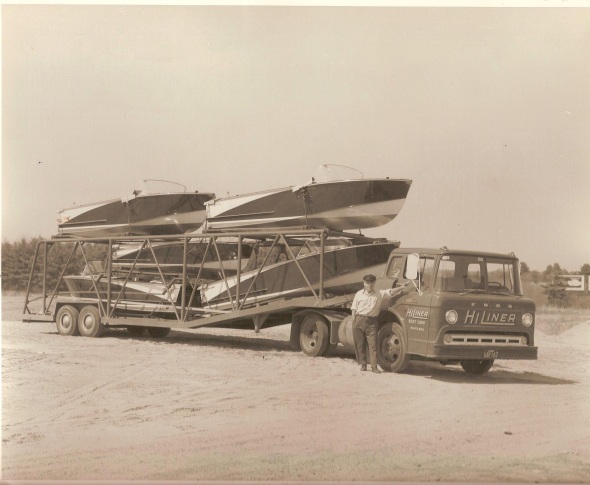 This was the cover.  There was no further Hiliner coverage in this issue.  I’ve been told that some older issues have Hiliner advertising. 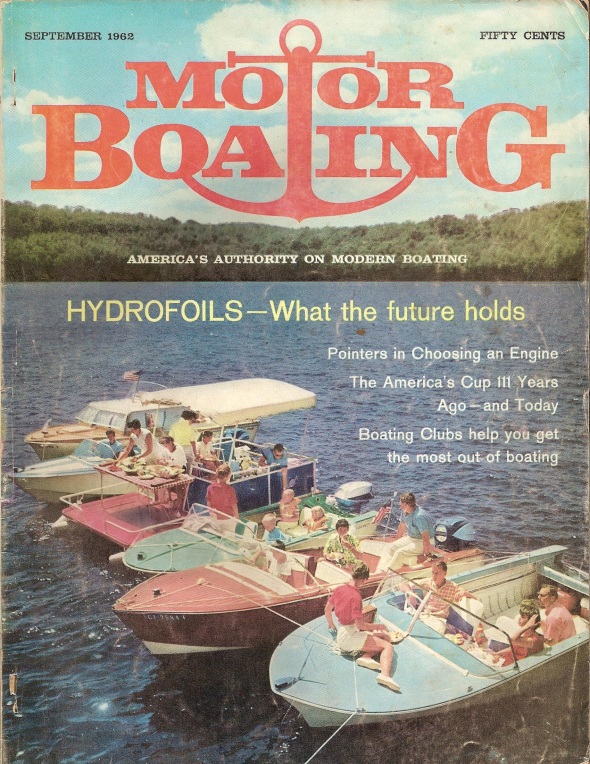 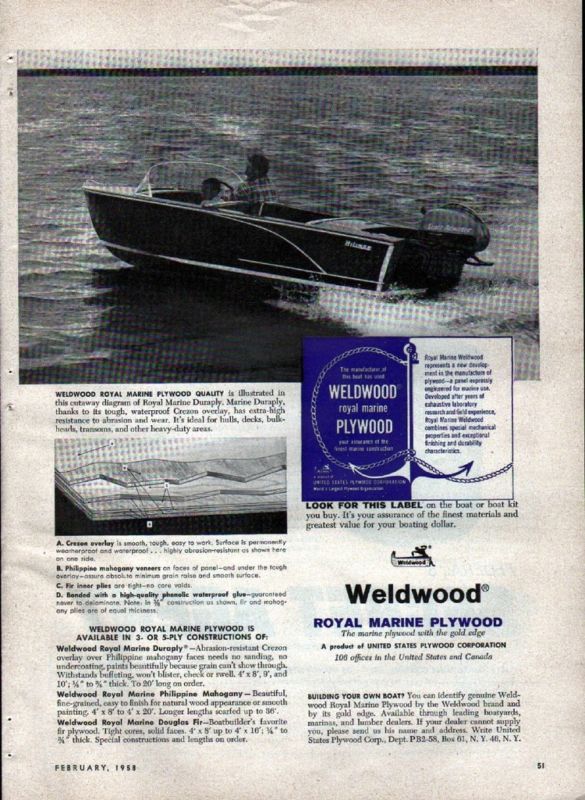 This ad was listed for sale on ebay.

In the picture is Bunny Fernald and one of his sons.

This is listed as a 1964 model, but that may be because of the registration sticker on the window.   This was likely built in an earlier year.

This one was listed for sale in CT back in 2008.  Other than the missing windshield it looks great.. 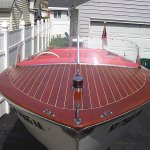